We are covering all areas of Glasgow and the surrounding areas.

Why use McEwan Fraser Legal

McEwan Fraser Legal has an excellent reputation for selling properties quickly in the Glasgow area and at the highest possible prices. We achieve this objective by utilising our unique chain-breaking Part Exchange solution which means you don’t need a cash buyer to sell your property. Our Part Exchange solution has proven time and time again to create competitive bidding for our clients' properties.

We put all our clients in Glasgow first and our experienced staff strive to deliver the best service an Estate Agent can offer. McEwan Fraser Legal provide total coverage across Glasgow and the surrounding area such as Clydebank, Renfrewshire, Motherwell and Paisley. Our enthusiastic team will be delighted to assist you with your property sale during our extended opening hours. We are open 7 days per week, Mon - Fri 8 am to Midnight & Sat-Sun 9 am to 10 pm.

We have a dedicated team of professionals who are passionate about what they do and who work tirelessly to ensure you achieve the maximum sales value for your property. As winners of “Best Estate Agent in Scotland” voted by the Sunday Times you can relax in the safe knowledge that we are best placed to market and sell your property.

Not all Estate Agents in Glasgow are the same and we encourage all potential clients to take a very close look at what we do differently. By choosing McEwan Fraser Legal to sell your property we will ensure that your property stands out from the crowd by providing a comprehensive property service, with our eye-catching graphics designed sales brochures and high-quality professional photography.

Due to the huge number of potential buyers and sellers relocating internationally, we make sure we recruit a diverse range of multilingual staff to allow us to deal effectively with our growing number of international buyer enquiries. By employing staff who are multilingual we ensure our staff can speak knowledgeably about your property in almost any language. 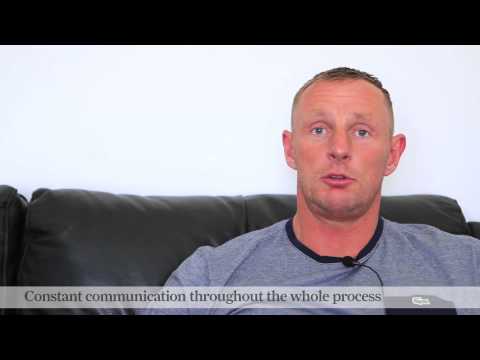 Review what our Glasgow clients say

As Glasgow best-known local Estate Agents we literally have millions of users visiting our website every year ensuring your property in Glasgow receives maximum online exposure. We are also the number one estate agent on Rightmove and Zoopla. We would be delighted to hear from you and to have the opportunity to demonstrate what we can do. You can watch one of our many delighted customers featured on our success videos page below.

Supporting the local community in Glasgow

Why Live In Glasgow

Glasgow is the biggest urban area in Scotland, sprawling on the banks of the River Clyde. The city was once a former industrial giant, but it now has a fresh image as a place of culture, sport and entertainment.

It’s more than 25 years since Glasgow was named the European City of Culture. Since then literature, music and the arts have flourished. The city and its suburbs also pride themselves on their edgy cultural ambience. Glasgow hosted the Turner Prize in 2015 and areas such as Garnethill are known for their bohemian attitude.

Things to do in Glasgow

No, you're not dreaming - all the major museums and galleries in Glasgow are free to visit. With free gardens, parks, historic buildings and events too, the city is bursting with things to do that won't leave you short of change.

You could fill your whole day with free things to do in Glasgow. Travel back in time through transport at the Riverside Museum, soak up the cool culture of the Gallery of Modern Art.

Our Properties in Glasgow

This spacious bungalow is ideally situated to take advantage of all the amenities the centre of Bishopbriggs has to offer. With ample parking and a...
3 1

This spacious bungalow is ideally situated to take advantage of all the amenities the centre of Bishopbriggs has to offer. With ample parking and a...
3 1

Ideal one bedroom apartment. Exceptional value for money, Would benefit from a light upgrade, Popular area.
1 1